The Woolly Mammoths (Mammuthus primigenius) were among the last members of the mammoth species that roamed the planet during the Pleistocene epoch, colloquially called the Ice Age; however, a population of dwarf mammoths survived on the Arctic Wrangel Island until 1700 BC.

Since the time of discovery of several carcasses from under the permafrost of the Siberian ice, efforts for the de-extinction of these ancient creatures have been undertaken by means of gene editing techniques through selection and insertion of DNA from these specimens. 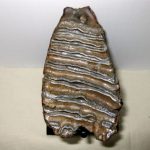 In 1806, Russian botanist Mikhail Adams unearthed the remains of the woolly mammoth for the very first time, which, initially, came to be known as The Adams Mammoth after the name of the scientist. In fact, when the remains of the giant creature were mounted in 1808, it was the first mammoth skeleton ever to be recovered.

Later, in 1901, a team of researchers from St. Petersburg excavated a naturally ice-preserved body of a mammoth on the top of a cliff by the side of river Beresovka. The carcass was named ‘The Beresovka Mammoth’. When studied, it was identified as a 35-40-year-old male mammoth that died around 35,000 years ago.

Again, in 1977, another Russian team discovered the preserved remains of a baby mammoth in the north-eastern region of Siberia from under the permafrost. This creature was estimated to have died around 40,000 years ago. Interestingly, this particular dead body retained some of the characteristic tawny-brown body hair. The scientists named this juvenile mammoth ‘Dima’.

Around a decade ago, in 2007, the body of another baby mammoth was excavated that died around 40,000 years back. The body of this young female is considered to be the best-preserved mammoth discovered till date since it had retained almost all its physical features, and even the internal organs, as it is. The scientists named the animal ‘Lyuba’.

More recently, in May 2013, the Siberian Northeastern Federal University researchers crossed Siberia’s vast icy expanse and ended up discovering two huge tusks protruding out of the snow-floor. The members of the group tried to dig it out further and found an entire mammoth having three legs, almost the whole body, and a portion of the creature’s head, along with the trunk still in place. In fact, the carcass was oozing a dark red fluid that may have been the fresh blood of the mammoth.

Since a perfectly preserved woolly mammoth was discovered in Siberia (along with body parts and fossils in other parts of the world), there have been several speculations related to the possibility of cloning these ice-age creatures. However, because freezing damages the body cells, as well as the DNA, it remained quite impossible with the biotechnologies available till date.

Physical Description & Size: How big is a Woolly Mammoth

Contrary to popular belief, the woolly mammoths were not really ‘giants’ by appearance, but roughly the same size as modern African elephants, standing at the height of up to 12 feet at the shoulder and weighing around 12 tons.

Through natural evolution, they developed their blanket of body hair, which was an adaptation to the cold climate. Their dense fur reached a length of up to one meter and had a fine undercoat of wool. The ears and tail were also small as an adaptation so as to avoid frost blisters. Its typical curved tusk (tooth) was up to 16 feet long, while the head (skull) was positioned high and somewhat domed.

It is believed that these creatures lived in family herds. They would migrate between food sources throughout the year. Their behavior was more or less similar to that of the modern-day elephants, and they used their trunk and tusks while foraging, fighting against enemies, or manipulating objects.

Diet: What did Woolly Mammoths Eat

The woolly mammoths were herbivores and would primarily feed on grass and sedges.