The Atlas bear is an extinct bear subspecies found in Northern Africa. This animal was recognized by the scientists and researchers after it was brought to public attention by English serviceman named Crowther in 1840. 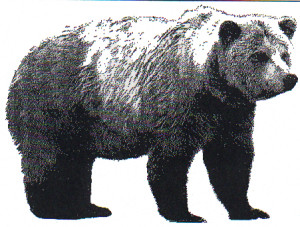 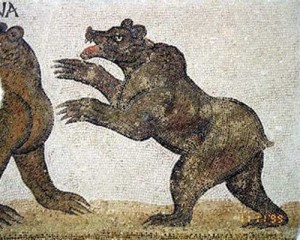 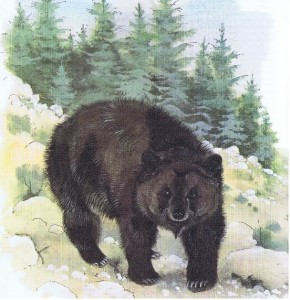 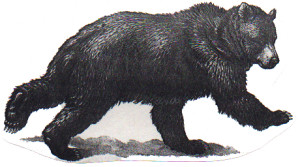 The outward color of Atlas bear was primarily brownish black, while the underpart was reddish orange. They did not have a white mark on the muzzle. This subspecies was stockier and sturdier than the American black bear; however, though the claws and muzzle were shorter. Their fur was 3 – 5 inches long.

The Atlas bear inhabited the Atlas Mountain region, from Morocco to Libya, and its neighboring areas.

Their reproduction was similar to that of the modern day brown bears. Even though the mating season was in spring – May to July, yet the fetus did not start to develop till winter. The mother gave birth to 2 – 3 hairless, toothless and blind cubs. They fed on their mother’s milk until spring or even early summer. Till that time, the cubs used to gather enough weight to go out with their mother for strolling within its territory. They used to stay with their mothers when they were 2 – 4 years of age during which they used to learn skills like defense and hunting.

They tend to live solitary lives apart from the mating season. Each male used to have a territory of a few hundred square miles; while females used to have shorter territory. The individuals used to communicate through sounds, movements, growls, grunts and smells.

The decline in Atlas bear’s number came for various reasons such as environmental changes and habitat loss during which the desert also expanded. Overhunting by local tribes as well as the introduction of modern day firearms (which made it easier to kill them) believed to have played a massive role in worsening their number.

The numbers’ downfall could also be partially attributed to Roman Empire. Along with other wild species, the Romans hunted and captured the Atlas bear to use them in gruesome sports.

This subspecies finally went extinct around the late nineteenth century.

In the past century, neither any authentic sighting took place nor were other shreds of evidence of their presence found. At times, sightings of bear-like creature come from Atlas bear’s historic native range, with a few believing it as the mythical ‘Nandi bear.’

The origin of Atlas bear is not known. A genetic study of this subspecies could not determine any possible link to any brown bear. But it had a frail but significant mitochondrial DNA link to the Polar bear. In 1844, Atlas Bear was classified as Ursus arctos subspecies by Heinrich Rudolf Schinz, a Swiss naturalist. However, at times, it is listed as a distinct species Ursus crowtheri.

Published on June 11th 2015 by staff under Mammals.
Article was last reviewed on 16th September 2019.