Javan Tiger is an extinct tiger subspecies that used to inhabit the Java Islands in Indonesia. Hunting and deforestation are two of the primary reasons believed to have completely wiped it out by mid-70s or early 80s.

Fossil evidences suggest that around 12000 years ago, Javan Tigers also existed in Borneo Island and Palawan in Philippines. Still, some experts say that the Borneo specimens survived as recently as 200 years ago. 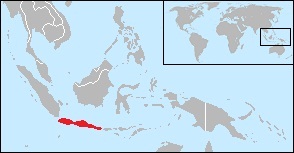 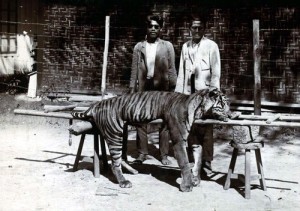 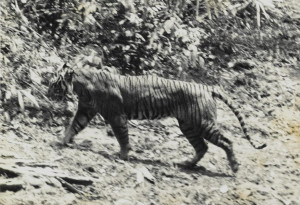 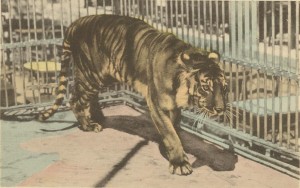 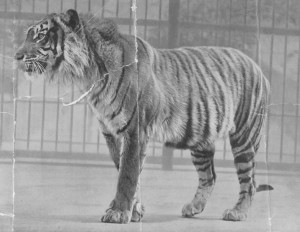 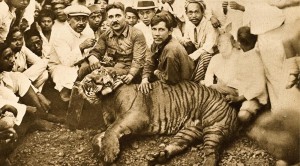 Compared to other Panthera tigris sub-species, which still populates the Asian mainland, Javan tigers were slight smaller. However, male Javan Tigers could grow bigger than the Sumatran Tigers.

Javan tigers had thin and long stripes. Their occipital plane was narrow, carnassials comparatively long and they also had long and narrow nose.

Depending on all these anatomical differences, there were suggestions of specifying it as a distinct species – Panthera sondaica.

The Javan tiger used to prey on wild boar, rusa deer and banteng. At times, they also fed upon water fowls and reptiles.

Their numbers alarmingly decreased when one of its natural preys’ – the Rusa deer’s number went down in many regions triggering food scarcity. By mid-50s, just 20 – 25 tigers remained in the island. In 1965, during civil unrest, armed groups backed away and took shelter in forests and reserves reducing the natural tiger habitat. In the midst of a human-dominated landscape, the deracination of Javan tigers got intensified in the 1970s.

Till the mid-60s, Javan tigers survived in protected areas – such as Ujung Kulon, Leuwen Sancang and Baluran which were set up in 1920s and 1930s. However, no confirmed tiger sightings were reported in those areas following the civil unrest in 1965.

In the 1970s, the last remaining specimens lived in the Mount Betiri region (1192 m altitude), the highest mountain in southeast Java. The recorded number came down to seven in 1972. In 1976, tracks were found in the Mount Betiri Reserve suggesting the presence of this now extinct tiger subspecies. However, post-1979, there were no more confirmed sightings in the region.

In 1980, it was recommended to extend the reserve and eliminate disruptive influence of humans. Later, these recommendations were implemented by the Indonesian Nature Conservation Authority by declaring the reserve as a national park. However, the measures came into effect a bit too late.

When was it declared extinct

From 1993 to March 1994, believing that this subspecies is still alive, a survey was conducted in the Meru Betiri National Park, with the help of WWF Indonesia. However, it failed to discover any concrete evidence that could argue for the Javan tiger’s existence. As the final report of the survey came out, the Javan tiger was pronounced extinct.