Golden Toad, listed as ‘Extinct’ by the IUCN (International Union for the Conservation of Nature), were known for their extreme sexual dimorphism. Golden toad was first discovered by herpetologist Jay Savage in 1964. Till 1987, more than 1500 adults were spotted. However, the count came down to 10-11 in 1988. The very last recorded sighting came on 15th May, 1989. 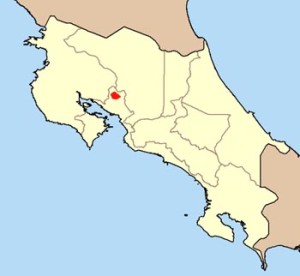 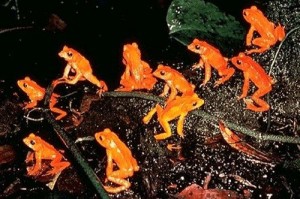 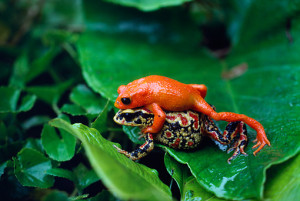 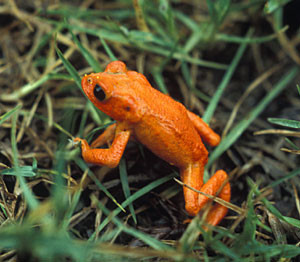 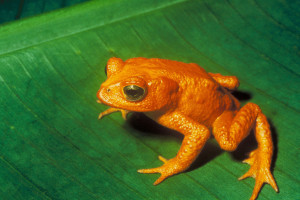 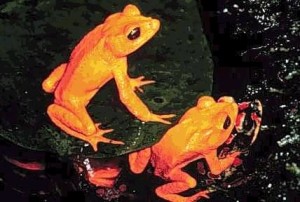 Males were bright and shiny orange or golden orange in color. Females varied from dark to pale olive with little red spots with yellow edges. Sexes, in juveniles, was hard to determine because of their identical appearance.

This ‘true toad’ once spread across the 4 square kms, high altitude (average elevation of 1500 metres) region near the town of Monteverde in Costa Rica. In 1972, the region came under Monteverde Cloud Forest Reserve.

Golden toads lived in burrows, but they used to come out on wet and cold ridge for breeding between April to June – during the rainy season. Male Golden toads used to assemble in huge numbers at ground puddles and wait for the females to come. The competition for females was fierce as males greatly outnumbered females – at times, by 8:1 ratio.

Mating was characterized by ‘amplexus,’ in which the male used to hold the female with his forearms across her back till the mating is finished. At times, non-paired males used to attack mating pairs attempting to get access to the female. Toads used to go back to their burrows after the short mating season.

Female produced 200 – 400 eggs (around 3 mm in diameter). Hatchlings used to come out in a few days, but they needed another 4-5 weeks for metamorphosis.

There are several theories regarding the sudden disappearance of this species. Since 1987, the population of twenty toad and frog species, including Golden Toad, living within a thirty square km range in Monteverde area saw a steady decline in numbers that showed no sign of recovery.

Since the region is free from direct human influences, several other reasons are believed to have triggered this threat to their ecosystem. In general, Toads and frogs are also vulnerable to ultraviolet radiation, pollution and climate change. Scientists believe that their sudden extinction might have triggered by habitat loss, deforestation, and chytrid fungus.

After a thorough evaluation, which also involved herpetologist Jay Savage, IUCN listed Golden toad as extinct. The decision to keep it in the extinct category largely counted on the lack of sighting since 1989 and also the extensive search that all ended in vain. The International Union for the Conservation of Nature mentioned many possible reasons behind its extinction including “restricted range, global warming, chytridiomycosis and airborne pollution.”

Published on April 8th 2015 by admin under Amphibians.
Article was last reviewed on 16th July 2020.