The Caribbean monk seal, believed to be extinct, was a sub-tropical marine mammal found in the Caribbean. The last confirmed sighting came in 1952 at the Serranilla Bank (falls between Nicaragua and Jamaica), where a small colony was known to live. Caribbean Monk Seals were closely related to the Mediterranean monk seals and Hawaiian monk seals, both of which are critically endangered.

Caribbean monk seal was the only pinniped to have ever lived in the American tropics. Researchers believe that final extinction took place around 1960.

The first historical mention of this monk seal sub-species came in the records of Christopher Columbus’ second voyage. Anther early mention came in the accounts of Juan Ponce de León’s discovery of the Dry Tortugas Islands.

During the colonial period, there were many anecdotes of the seals being hunted in places like the Bahamas, the Alacrane Islands, the Pedro Cays, Guadelupe and Cuba. 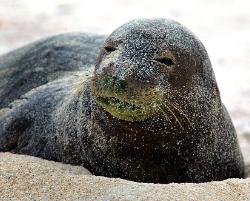 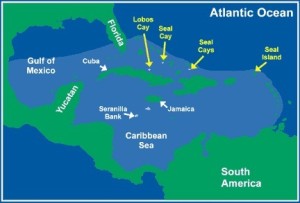 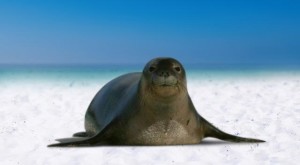 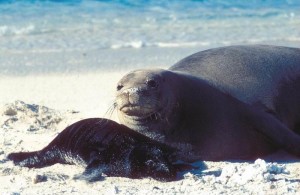 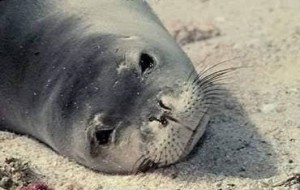 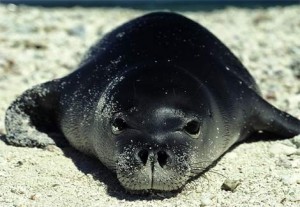 Like Mediterranean monk seals, males were larger than the females. They had a robust body with rounded head and broadened muzzle. They had upward opening nostrils, wide eyes and four retractable nipples for suckling the newborns. Their fore-flippers, which had little claws, were comparatively short and its hind-flippers were thin.

Caribbean monk seals were brownish or grayish in color with the underside lighter than the dorsal region. The skin color of the adults used to be darker than the younger ones. Few specimens had a greenish appearance because of algae growing on their pelage.

Caribbean monk seals typically had a long pupping season. In Mexico, the breeding season used to peak in early December. Newborns were around 1 meter in length and weighed around 17 kilograms. They also had a black, sleek lanugo coat.

Caribbean monk seals used to dwell in tropical and subtropical waters of the Caribbean Sea, the west Atlantic Ocean as well as the Gulf of Mexico. Few records suggest that they were also found in the southeastern United States.

They preferred to spend their time in reclusive and isolated islands or coral reefs. At times, they also used to inhabit mainland coasts and deep waters offshore.

In 1996, Caribbean monk seal was declared extinct by the International Union for Conservation of Nature (IUCN).

In 2008, following a five years long search efforts and analysis conducted by the National Oceanic and Atmospheric Administration and the National Marine Fisheries Service, this species was declared extinct in the United States.

The primary factor behind the extinction of Monachus tropicalis was hunting. Hunters slaughtered this species in hundreds around-the-clock especially for the oil stored within their blubber. This species was documented as being easily approachable. The lack of unaggressive nature made it easier for hunters to slaughter them.

In 17th and 18th centuries, they were killed in directed hunts. Around the year 1688, sugar plantations owners used to send hunters to kill hundreds of seals so that they could apply lubricant plantations machinery using the seal oil. By 1850, the number went down to an alarming level that there was no scope for commercial hunting.

Overfishing of their prey species was another major factor for their extinction. Those that were not killed by the hunters died of starvation.

Unlike other species, very little were done to save the Caribbean Monk Seal population by the time it was kept in the endangered species category in 1967.

From 1922 to 1932, occasional sightings were reported from the Texan coast and Florida.

In 1993, a survey was carried out in search of the Caribbean monk seal in their known range following some unconfirmed sighting reports.

Loose stories often come from divers and fishermen in Jamaica and Haiti. However, two recent search efforts could not find any positive evidence to back the sighting reports.

In 2009, a History Channel show speculated an unidentified sea creature, videotaped in the Intracoastal Waterway of Florida, as the Caribbean monk seal without any conclusive evidence. Opposing theories described the creature as West Indian manatee, which is quite common in that region.