The Barbary lion is one of the biggest P. leo subspecies considered extinct since the middle of the twentieth century. This subspecies was first described under the trinomen Felis leo barbaricus by Johann Nepomuk Meyer, an Austrian zoologist, on the basis of a type specimen from Barbary. 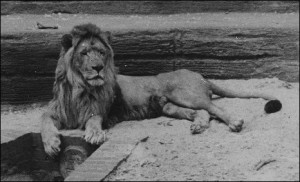 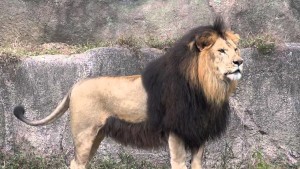 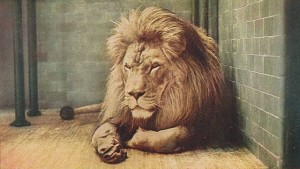 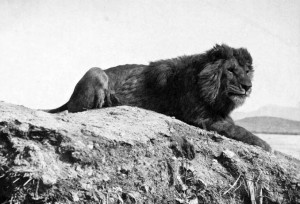 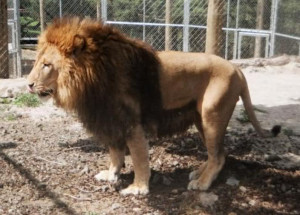 Barbary lions preferred mountainous and forested terrain. They were solitary creatures. However, historical records suggest that they were often seen hunting as a unit. Their hunting methods have never been accounted, but it is believed that they used to kill their prey species by strangulation.

This sub-species was common in northern Africa. On the eastern side of the native range, the population was less dense because of all the aridness. By early 18th century, it completely disappeared from the eastern side leaving a stray population in the Atlas mountain range (Algeria, Morocco and Tunisia).

Their mating season is believed to be January. Records show that their gestation period lasted for around 110 days. Each of the cubs weighed around 1.5 to 1.7 kilograms. They were heavily spotted with dark rosettes. Their eyes opened after six days, and they were able to walk after 12 – 13 days. The young ones used to stay with their mother till they reach maturity at two years.

Hunting was one of the primary reasons for its extinction. However, ecological changes with increasing human population also proved to be another serious cause. Their numbers greatly went down by the mid-19th century. Deforestation and shortage of natural food sources also added to their misery. Desertification prevented this species from mixing with lions found south in the continent.

In Tunisia, the last survivors were extirpated by the 1890s. Official record suggests that the last specimen was shot in 1942 in western Maghreb. However, this sub-species was often sighted in Algeria and Morocco till 1950s. It is believed that the remaining population survived till 1960s.

In the past few decades, the claimed population of Barbary lions in circus and zoos have not been genetically proven. Five tested samples from King of Morocco’s collection were not maternally Barbary lions. However, genes of this sub-species are likely to be present in the lions kept in European or American zoos as it was the most frequently introduced P. leo subspecies. In 2006, a study showed that a German Neuwied Zoo lion originated from King of Morocco’s collection and is probably a Barbary lion descendant.

UK based organization Wildlink International, along with Dr. Noboyuki Yamaguchi from University of Oxford, started the ambitions Barbary Lion Project (also known as Atlas Lion Project) in an attempt to identify existing Barbary descendants and put together a breeding program to reintroduce Barbary lions in its historic range.

Wildlink International was assigned to raise funds while the University of Oxford was in-change of all the research works. At that time, it was said that there were around 60 lions in captivity that might carry the genes of Barbary lions. Oxford applied all new DNA techniques to key out this sub-species’ DNA print. However, the program suddenly ended without any ratiocination.

Published on May 22nd 2015 by admin under Mammals.
Article was last reviewed on 16th September 2019.

One Response to Barbary Lion