The last officially recorded individual was a female shot at Sumbar Kima, in west Bali, on 27th September, 1937. However, a lot of people believe that this animal survived till the late 1940s or 1950s. It had a well-defined position in the traditional beliefs. However, it was taken as a destructive force, and the plucking efforts went on till it become extinct. 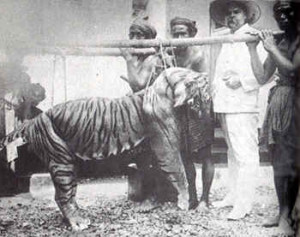 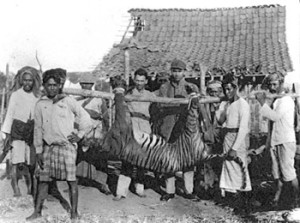 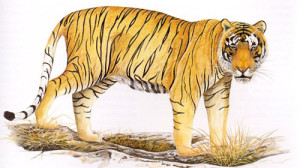 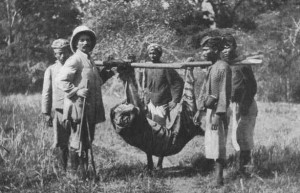 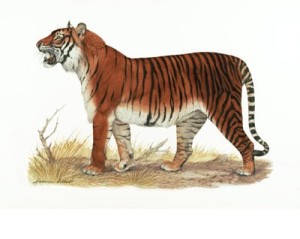 Bali tiger had dark yellowish orange short fur with fewer black stripes compared to other subspecies. Few specimens used to carry small black spots. They had bar-shaped patterns on their head. The white fur on their belly had more curved and distinct line.

Panthera tigris balica had a gestation period of 13 to 15 weeks. The female gave birth to 2 – 3 cubs per litter. The average birth weight was around three pounds. They led an independent life from 18 or 24 months of age.

Hunting and habitat loss are two of the primary reasons for the extinction of this subspecies. In fact, its population only in one island could never have been great enough given its size and forest cover. The tiger population went down during the Dutch colonial period. European sportsmen, armed with heavy rifles, used to go on hunting trips and often kill more than one tiger in a single day.

After the last confirmed sighting in 1937, there were numerous sighting reports and claims and most of them came from forest department officers. One sighting report came in 1952, while the other two came in 1970 and 1972. Some believe that the remaining population (if there were any) was pushed to West Bali National Park, established in 1947.

The Bali tiger was neither photographed alive on film nor kept at a zoo. Their bones, skulls and skin remains are kept in a few museums across the world. The British Museum in London has two skins and three skulls – apparently the largest collection at any museum. Other museums that have the remnants of Bali tigers are the Naturkunde Museum in Stuttgart, the Senckenberg Museum in Frankfurt, the Zoological Museum of Bogor, Indonesia and the Naturalis Museum in Leiden. In 1997, a skull of a Bali tiger found from the old collection of the Hungarian Natural History Museum.

Relationship to the Javan tiger

There are two hypotheses regarding the divergence of Bali tiger and Javan tiger. The first one suggests that these subspecies went on to develop independently on different islands after Bali set apart from Java with the formation of Bali Straight because of the rising levels following the ice age. Another theory is that the tigers swam across from one island to another and developed on their own. The Bali straight is just 2.4 kilometers wide that is well within the swimming ability of any average tiger.

Published on May 28th 2015 by staff under Mammals.
Article was last reviewed on 16th September 2019.