Elephant bird belongs to the extinct family Aepyornithidae. This bird constitutes the genera Mullerornis and Aepyornis. They existed up until the 17th century. It was the largest bird ever to have lived on earth. It is not known whether they were swift runners like emus and ostriches.

Some believe that Elephant bird evolved at a time when birds ruled the earth, and it had probably inhabited Madagascar for sixty million years. Though some Moas (an extinct ratite that was endemic to New Zealand) were taller, yet the Elephant birds were more robustly built.

The exact timeline of this species’ extinction is not known, but it is believed that the stories of these giant birds may have existed for centuries. Occasionally, the subfossil eggs are still found intact. 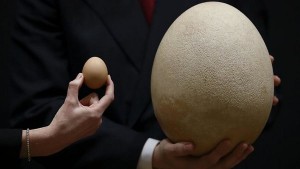 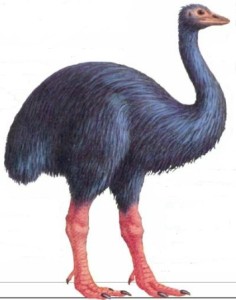 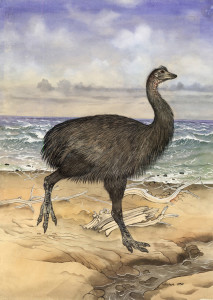 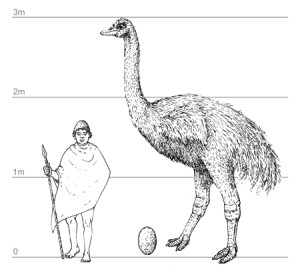 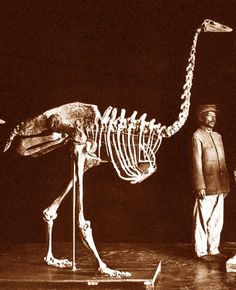 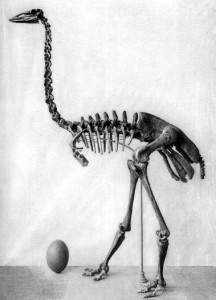 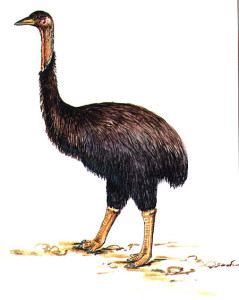 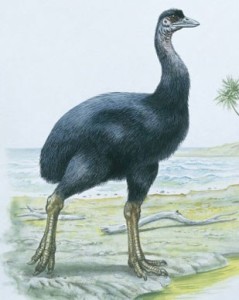 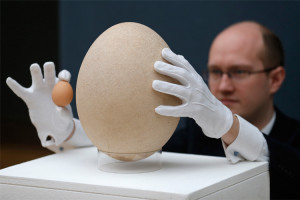 Elephant Birds were actually a part of the mid-Cenozoic Australian ratite radiation as their antecedents flew across Indian Ocean well after the ancient Gondwana landmass broke apart. The DNA sequence comparisons showed that Kiwis, still found in New Zealand, are the closest living relatives of this extinct species.

Today, four species are recognized in the genus Aepyornis – A. maximus, A. hildebrandti, A. gracilis, and A. medius. However, their existence in this category is still very much in dispute as a lot of people treat them all as just one species A. maximus.

The mention of these birds can be found in several historical anecdotes. Étienne de Flacourt, Madagascar’s French governor from 1640s and 1650s, talked about an ostrich-like bird found in the region. Marco Polo, in his accounts, also remarked hearing tales of very large birds during the late 13th century, the time of his journey. Now it is believed that the Italian merchant actually talked about Elephant birds.

The appearance of this species resembled ostriches. It had powerful neck, powerful legs, prominent claws and its beak looked like a spear. Their body was covered with hair-like feathers. They were 9ft to 10ft tall and weighed around 450 to 500 kilograms.

Their eggs were 170 – 200 times bigger than that of a chicken’s egg and also around three times larger than the egg size of the largest dinosaurs. Their eggs had a circumference of around 3ft and had a capacity of around 9 liters.

In spite of its robust appearance, it was a herbivore. They feed on various types of plants and fruits.

Human activity is the only reason for their extinction. Data suggests that people used to hunt down their nests for their eggs that were huge enough to feed one family for a day. In fact, researchers have found its egg remains in human-made fires. However, it is not known whether they were also killed for their meat or not. Another theory is that the birds have died out of hyper-diseases from chickens and guineafowl.